Rally Together with Daly Santana 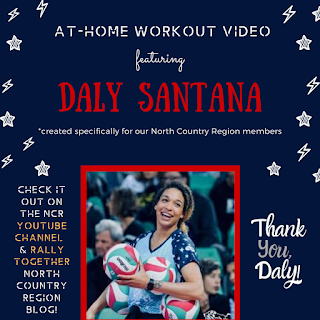 At just 17-years-old, Daly came to the Minnesota Gophers from Puerto Rico, where she was already an accomplished volleyball player not only for Bayamon Military High School but was also competing in the Liga de Voleibol Superior Femenino (LVSF), Puerto Rico's professional league, as well as with the Women's National Team - an impressive set of credentials for such a young athlete.

During her time at Minnesota, Daly helped lead the Gophers to three NCAA Division I tournament appearances, including a Final Four.  In 2015, Daly was awarded AVCA First Team All-American honors and was named the Big Ten Player of the Year  - two incredible and well-deserved honors!

Following her career with the Gophers, Daly rejoined the LVSF, where she continued to earn accolades, including the San Juan Capitalinas Most Valuable Player award.  She also continues to compete with the Puerto Rico Women's National Team.

A sincere thank you to Daly for making time to rally together with North Country Region and create a training video just for our members!