Rally Together with Kalei Mau 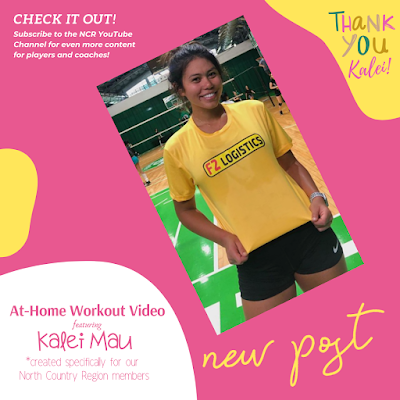 Kalei was a standout player for St. Francis High School and Asics Rainbow Volleyball Club in Hawaii.  Following high school, Kalei competed for one season with the Minnesota Gophers before finishing out her college career as an All-American with the University of Arizona Wildcats. Bear down!

Kalei has competed professionally in leagues in Puerto Rico, France and most recently in the Philippine Superliga.  Impressively, Kalei is also a member of the Philippine Women's National Team.

A special thank you to Kalei for making time to rally together with North Country Region and create something just for our members!